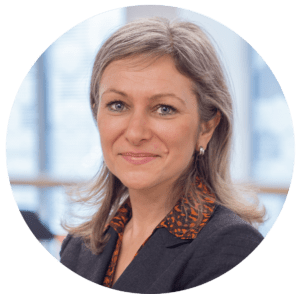 Humankind is very smart, and over centuries, there have been amazing cultures that managed to build strong, long lasting empires. During my recent hike in the Andes, I have learnt a lot about Incas – powerful rulers of the largest empire in South America during pre-Colombian times with about 12 million inhabitants managed by a group of about just 12 000 Incas.

How did they achieve this? What was their secret? I asked these questions multiple times while visiting Peru and got many different answers. It seems that at least some of Incas’ management methods would still be applicable in modern business life. I have picked four best practices I believe are the most interesting.

1. Discover, Take Over, Enhance, Share– protect what’s good and do not destroy the existing culture

While taking over a new tribe or a territory, Incas always learnt about their competitive advantages first to leverage what was best in the new territory. They carefully selected the “object” before the “merger” or an “acquisition”, researching their competencies and treasures. For example, they took over the Chimu kingdom who were known for their exquisite and intricate metalwork so that Incas could start dressing themselves with golden and silver jewellery. They conquered many new lands to access scarce resources and skills, such as textile creation or growing new plants. What was unique, however, they did not destroy the existing culture, the local beliefs and architecture. Instead, they learnt the new ways of construction or agriculture and enhanced them by combining with their existing methods. As a result, we can still admire perfectly fitted stones forming seismic resistant structures, such as Machu Picchu or Ollantaytambo, across South America lasting over centuries. Inca showed respect to local cultures also by taking the statue of their most important god to the main temple in Cusco and aligned and incorporated the new ethnic group with the existing empire by training children of the most notable individuals in their capital city.

Many leaders moving into a new team, business unit or a company try to reinforce their own vision without learning and listening to the existing teams. Many new joiners try to challenge the status quo within weeks and months of their first day based on a quick judgement and their own point of view only. They make a typical fresher trap mistakeundermining the value of what they come across, hastily assessing gaps and flows, trying to burn out everything, just like Conquistadors of the Americas, to build a totally new culture, product or process. Defence and resistance are natural reactions to such approach. It is much easier to influence and convince to a change if the proposal is grounded in the existing best practices. Absorbing and adjusting is much more effective than building from scratch on the remains of the burnt-out ruins.

Inca built over 40,000 kilometres of paved trails across their empire through mountains and jungle, of which about 20,000 are still in use, with the classic Inca Trail being one of the most favourite hikes across the globe. They did it to effectively communicate and gather information about the current state of their empire as fast as possible. Thanks to efficient runners, I was told, it was possible to deliver a Kipu message from Quito to Cusco (over 2,500 km) in just 6 days! There were also a kind of inns or convenience houses, built within a distance of 1-day-trip to help pilgrims, hikers and runners to reach their destination in the most convenient way.

Up-to-date information is critical for decision making and execution of your goals. Therefore, make it easy for your teams to reach the top and their counterparts fast, so they can escalate issues or pass messages without wandering in the woods and without following misleading paths. If the communication channels are not clear, people are likely to get lost, lose time and eventually give up…

3. I will help you, you will help me – reciprocity as a rule

The Incas empire was based on reciprocity – individuals, groups and rulers were expected to contribute to the society by either sharing goods or offering their own labour. Every man between the age of 15 and 50 was supposed to work on shared projects, such as construction works of temples, new cities, or cross-country trails and cultivate land in shared spaces up to 3 months in a year. In return, every family received a piece of land from Inca rulers based on the number of children they had, so they could comfortably live from it. In case one community suffered, they could expect support from the others coordinated by Inca management in Cusco, who had a big picture in mind. Thanks to the public experimental agricultural sites, such as Moray, consisting of several terraced circular depressions used to modify plants and adjust them to various temperatures and ground types, they were able to grow, among others, over 2,000 varieties of potato!

Effectively by doing so, Inca promoted teamwork and shared goals. They were so successful because all individuals believed in their promise of future support if they would ever need it. Support for the community was treated as an investment rather than a cost by both individual community members and the rulers. Does it sound like the Aon Unitedapproach? I believe so.

If leaders would like to encourage cross-teams support, they should also make sure that a department is treated as a whole, and the support for the others at the expense of their current results is a promoted behaviour. Teamwork is much more effective if there is a justified promise of future return for individuals who contribute to help the others.

4. Clarity above all– clear values and rules in place

There were only three clear moral precepts in the Incas’ empire: do not lie, do not steal, do not be lazy. Simple, easy to remember and very clear. The three rules are strongly embedded in Peruvian culture across regions until nowadays. Why?  Every community should have clear values and guidelines for its members, because they strengthen internal bonds and set working principles in daily interactions across members. Incas also implemented special inspectors – tokoyrikoq(“he who sees all”), whose role was to make sure that not only ordinary people follow the rules, but also the governors do not exceed their authority. The governance of each region was also clearly divided and managed by Incas, with every 100, 500, 1000 and 5000 citizens managed by a respective kuraka –management layer.

If the rules are not clear, there is a room for interpretation, unequal treatment and subjectivity. Make sure the ground rules for your team are known to all team members, explained and discussed with all new joiners and modified, or clarified every time there is a change of structure or change in the team composition. Particularly, ground rules review is a must-do for every new leader taking over a new post. Let’s not allow hidden assumptions to lead your team behaviour and culture.

The Incas empire is described by scholars either as a socialist paradise or a socialist tyranny. What I really like in their approach is that they treated individuals, groups and cultures with respect promoting diversity and inclusion on the one hand and imposing clear structure and framework for their empire that cemented the community on the other hand. A perfect balance to me, still applicable today. Would you agree?

As part of our commitment to Diversity, Equity and Inclusion (DEI), we want all colleagues to be able to take part ...

On 26 May we celebrate Mother’s Day in Poland. It’s a unique occasion to express the feelings of gratitude and ...

As a proud representative of Generation Z, I was born and raised in the world dominated by technology. I’ve ...